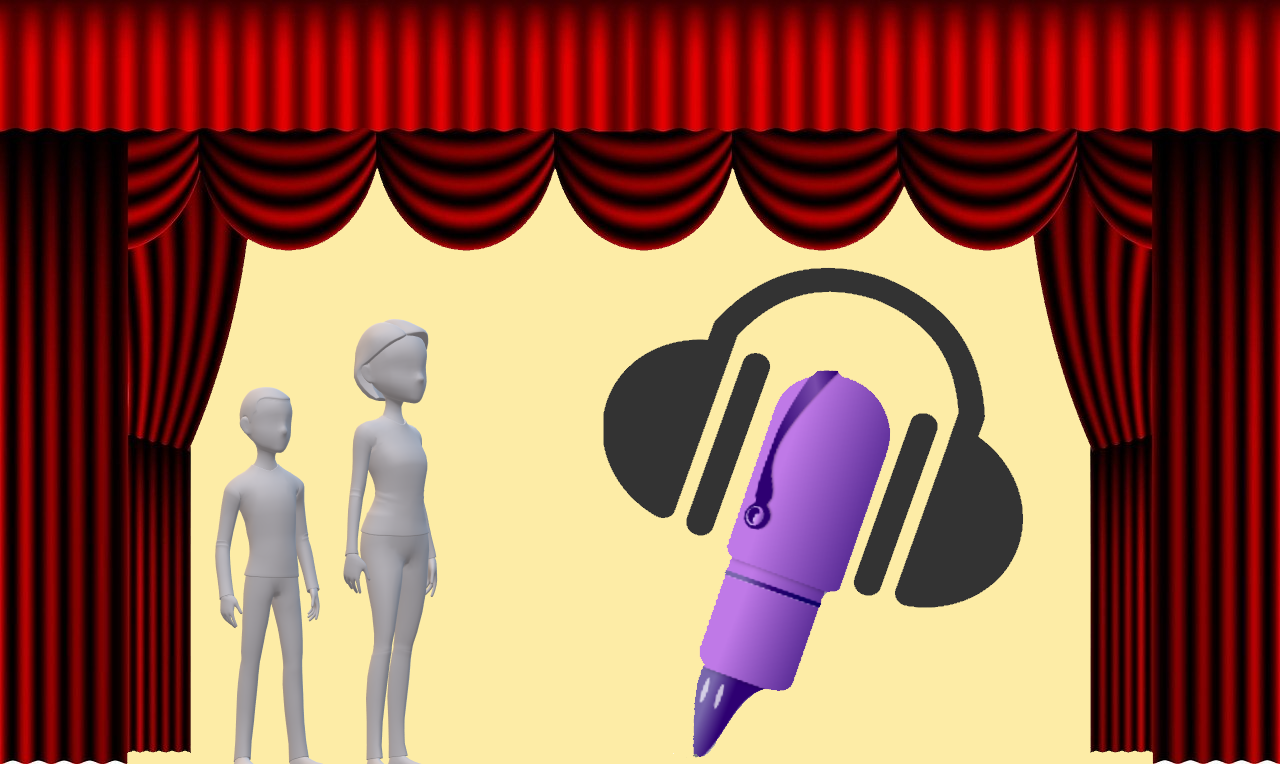 Here is a series of blog talks between a young blood Jessy, who aspires to be a badass scientist one day and a wiser print journalist, Mr. Jackson. In this series, we are gonna talk about some of the most untouched, fearful science of life - The science of Aging.

Mr. Jackson – Welcome ladies and gentlemen, to our new paper podcast. Today I am joined by Ms. Jessy – A radical Aging researcher, loved to be called a ‘Budding gerontologist.’

Welcome, Jessy! Can you please introduce yourself.

Jessy – Hey, man. Nice to see you, and a great pleasure being the pioneer of this paper podcast! I hope this series ages well by letting people know the secrets of their own life.

To describe, I belong to a growing chain of researchers who are enthusiastic about the science of how organisms grow old and eventually die out one day. This set of people are often referred to as ‘Gerontologists.’ I am personally interested in the ‘Epigenetic Control of Aging’ theory, due to my firm belief that this is the core way to go towards our anti-Aging dreams.

And by the way, you still look like a fresh college dropout. What’s the secret?

Mr. Jackson – Thanks, huh, I am flattered! (Smiles) For me, it’s just a bit of daily exercise and yaa, fewer bugs on beer cans each week. That’s all.

Jessy – Oh, great! You are adding pennies to your Aging bank — A pleasurable sight to a geront’s eyes.

And yaa, not that we are seasoned to identify a person’s age straight away by looking, but you will agree that neither are we a greenhorn not to notice if someone is making a reasonable effort.

Mr. Jackson – Indeed! But do you claim that a bit of exercise and a couple of fewer pegs of alcohol would delay my Aging? Am I really saving years of life ahead?

Jessy – Yaa! That’s it. If not entirely, at least you are adding some healthy years to your life. That’s all about that Aging research.

Unknowingly you are following two essential regimes to slow down Aging, namely caloric restriction and rehab or damage repair through regular exercise.

Mr. Jackson – Finally, someone appreciates my efforts! (Nods) Thanks for that, and well, thanks for also hovering me to our main point of discussion.

Let’s get to it. Why is Aging such a great deal among the people of your fraternity? I mean, what’s all the fuss about. Isn’t it just another natural phenomenon?

Jessy – ‘Noo.’ So Aging is not entirely natural, it’s actually more of a human-made thing, especially in our context. Okay, let me explain.

Aging, by definition, is the accumulation of damage associated with the cellular machinery, because of some kind of abuse to the system itself. Now, this abuse can be a radiation dose or simply your unhealthy lifestyle. So, in short, it is somewhat a result of your sins.

But remember, the ‘cell’ is pretty robust machinery to fix that damage that we just talked about, but up to a certain extent. As they age, this repair machinery loses efficiency and finally results in a total shutdown. This is called the ‘Senescence of a Cell.’ And as you might remember from old school biology textbooks, a multicellular organism like human is a humongous collection of many many cells. So slowly and gradually, cellular senescence results in the death of the individual.

The deal is pretty straight-forward now if you want to delay Aging, either you prevent the cell from every possible damage, which is very challenging, considering billions of cells in a human body. Or you can just make them capable enough to fight the evil damages themselves by upgrading the repair throughout. This sums up the field in a nutshell.

But I got stuck on the word there, ‘Delayed Aging.’ So even after so much fuss, why shouldn’t one expect something like ‘Immortality,’ which I thought was the ultimate aim?

Jessy – Well, I would just say that it is a matter of time and perception. To quote one of the pioneers of the field Leonard Hayflick, better known for his ‘Hayflick’s limit,’

“Today, the most conservative seekers simply wish to slow down the Aging process, less caution believers wish to stop or reverse it, and a small but vocal minority…seeks immortality.”

As he rightly mentions, a vocal minority exists, but unfortunately is buckled up by limited funding sources. Because as you know, research always goes hand in hand with the resource availability and demand from the industry.

Mr. Jackson – Seems a bit unfair. But anyway, after I buy your argument that Aging is not so natural, even then what’s the point of increasing lifespan? And yes, why does one fund such a research field?

Jessy – First of all, Aging research is not just about the increasing lifespan; instead, it is more about increasing a ‘healthier span.’ And by the way, this is precisely what the whole health care industry is based on, in bits and pieces.

And why should someone fund me?? Huh, Aging is the root cause of ‘n’ number of age-related diseases. I won’t bring all the names here, but about 75% of the total deaths across the globe are the result of chronic diseases like Alzheimer’s, in most of which, Aging sits at the core of the problem.

Ummm, Just imagine your body as a ‘Motor car’ that is severely abused. Now suddenly, a problem arises with the main engine itself that it is providing an uneven thrust. You locate that this is causing a tear-down mainly in its shockers and brake pads. What would you do now? Would you regularly restore each component or will simply fix your main engine, Hmm?? So as the car, motor, and other small parts are related, the same is true for your body, Aging, and other age-related diseases.

See, from my perspective, if a person lives for say fifty more healthy years in this century free from those haunting age-related diseases, just imagine how more productive they could be! I mean, just think if a person like Elon Musk is up for a century more in his optimum health, we would surely colonize the neighboring galaxies one day. And have a chilling coffee session with our alien friends out there on Mars, maybe! Isn’t that cool?

Mr. Jackson – Well, yaa sure. And I would be one hundred percent up to host that coffee show. (Both laughs)

So, by increased ‘healthier span,’ may I ‘also’ concur the possibility of celebrating my 100th birthday without any wrinkles on the skin and a stick in hand?

When we talk about increasing healthier span, it also signifies that, of course, your total lifespan would be much longer than the limits that we see today. You can imagine this as freezing your age, just when you have settled in your life after doing with college, getting an excellent job, and a caring family. Or, in other words, at the optimum phase of your life, biologically.

And yaa, if things go as they are planned, you may celebrate your 100th or even the 200th birthday with your grand-grand children, when you still look alike with their immediate parents!

Mr. Jackson – Now that you framed it in such a way, it makes me wonder about the population. Overpopulation is already an issue. If you guys can magically increase life span, there can be an enormous crisis for resources on the planet. Leave aside the impacts on the economy and sustainability.

Jessy – Shoot! I was in the mood to talk about all science and nerdy stuff. Anyway, I am still glad you asked this.

Well, I don’t think the population is an issue, scientifically. Let’s get to some legit reasoning here. Do you know how exactly old condoms or American ‘rubbers’ are?? They are around from the 19th century — One of the cheapest and widely available small comfy little devices to control the population. And not just them, there are tons of other proven contraceptive methods out there in the market.

So see, the problem is not the unavailability of science or technology; indeed, it is more of a willingness issue — Both on a personal level and mainly on the administrative level. I think policymakers across the globe need to look up at this more seriously. And just for a matter of fact, there are countries like China, who have shown implementation of aggressive population control policies, along with positive results. And economics, I think it is just a human-made number variable game. It can surely be reformed through political willingness.

See, a handful bunch of good healthy brains will dominate an arsenal of old unproductive bodies any day; that’s what we believe. Today we can control birth, scientifically, but ‘can-not’ control death. That’s all that we are up for.

Mr. Jackson – Well, you dodged that question pretty well on the administrators, but what about nature? Huh! You can’t take a troll on its laws. How would your delayed Aging go to mess with evolution on earth??

Jessy – Ahh, well, finally, we are talking about science. The true biogeront speaks…

Just to give you a flavor, nature, or it’s laws like natural selection as an example, do not promote Aging itself. Yes, I’m not joking.

If you try to decode evolutionary patterns across multiple species, you will counteract the fact that not a single conserved cellular mechanism or a pathway has evolved, that solely causes Aging. Instead, Aging is just a result of the tear-down of the paths that keep homeostasis inside a cell. So this entire Aging thing comes with a connotation that ‘We all are not evolved naturally to die of Aging eventually.’

Mr. Jackson – Wait, wait, wait, lady! Let’s not age our grey matter all at once.

I think let’s call it a day, at this very moment where you have successfully convinced me with ‘What and Why’ type of questions on Aging.

Let’s keep all those ‘How’ questions for our upcoming series. Also, this sings for our intelligent audience to rejoin us for better insights about specific theories of Aging. And also, how are these currently worked on across the labs at the molecular level. Till then take care and age sensibly!

If you are interested in the field of Aging science or if this post created a curiosity in you, do check out our website geront.org. This is a dedicated social media platform for biogerontologists, a one-stop solution to all your queries about the field. 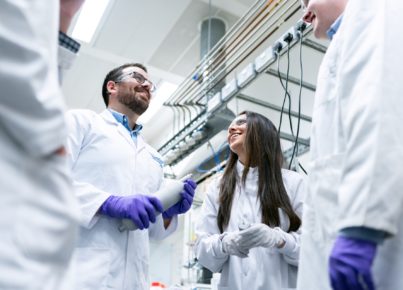 Introduction Opinion
Aging research – A challenge you must accept!

Experience comes at a cost. Though your experience, wisdom, and knowledge increase with…